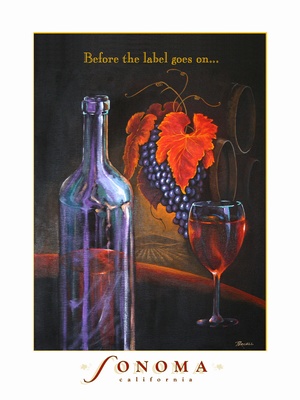 Harken back to a simpler CHEESE & WINE time.  A Celebration of the Northern California town of Sonoma.

Mission San Francisco Solano was the predecessor of the Pueblo of Sonoma. The Mission, established in 1823 by Father José Altimira of the Franciscan Order was the 21st, last and northernmost mission built in Alta California. It was the only mission built in Alta California after Mexico gained independence from the Spanish Empire.[15] In 1833 the Mexican Congress decided to close all of the missions in Alta California. The Spanish missionaries were to be replaced by parish priests.[16] The commander of the Company of the National Presidio at San Francisco (Compania de Presidio Nacional de San Francisco), Lieutenant Mariano Guadalupe Vallejo was appointed administrator (comisionado) to oversee the closing of Mission San Francisco Solano.[17] Governor José Figueroa's naming of Lieutenant Vallejo as the administrator to secularize the Mission was part of a larger plan.